Your browser is out of date.

You are currently using Internet Explorer 7/8/9, which is not supported by our site. For the best experience, please use one of the latest browsers.

An explosion ripped through the streets of downtown Ottawa in 2009, rendering much of its power equipment useless. A team of contractors was tasked with building and commissioning a new central heating plant in less than six weeks. It required moving four (4) 75,000 lb/hr high pressure saturated Nebraska Boilers, each weighing more than 100,000 lbs from Wabash Power’s facility in Wheeling, IL to the Canadian capital. Moving these boilers via trucks required escorts and special permits to cover more than 1000 km distance. The boilers and auxiliary equipment were brought in and unloaded after-hours to minimize the disruption to the city and its workers.

In fact, each phase of this project was carefully planned to guarantee the lowest possible effect on the surrounding area and the environment. Silencers were added to combustion air inlets and the flue gas outlets of the boilers to reduce noise. Efficient low NOx burners were supplied on the boilers to reduce fuel usage and emissions. To protect the equipment and its operators, a building was quickly constructed to enclose the steam generating equipment.

All of this was accomplished by early December 2009. To go from an asphalt parking lot to a working central heating plant, supplying heat to more than 50 buildings, in such a short time period is an engineering feat not to go unrecognized. Wabash Power Equipment Company is truly proud to have been part of this project. 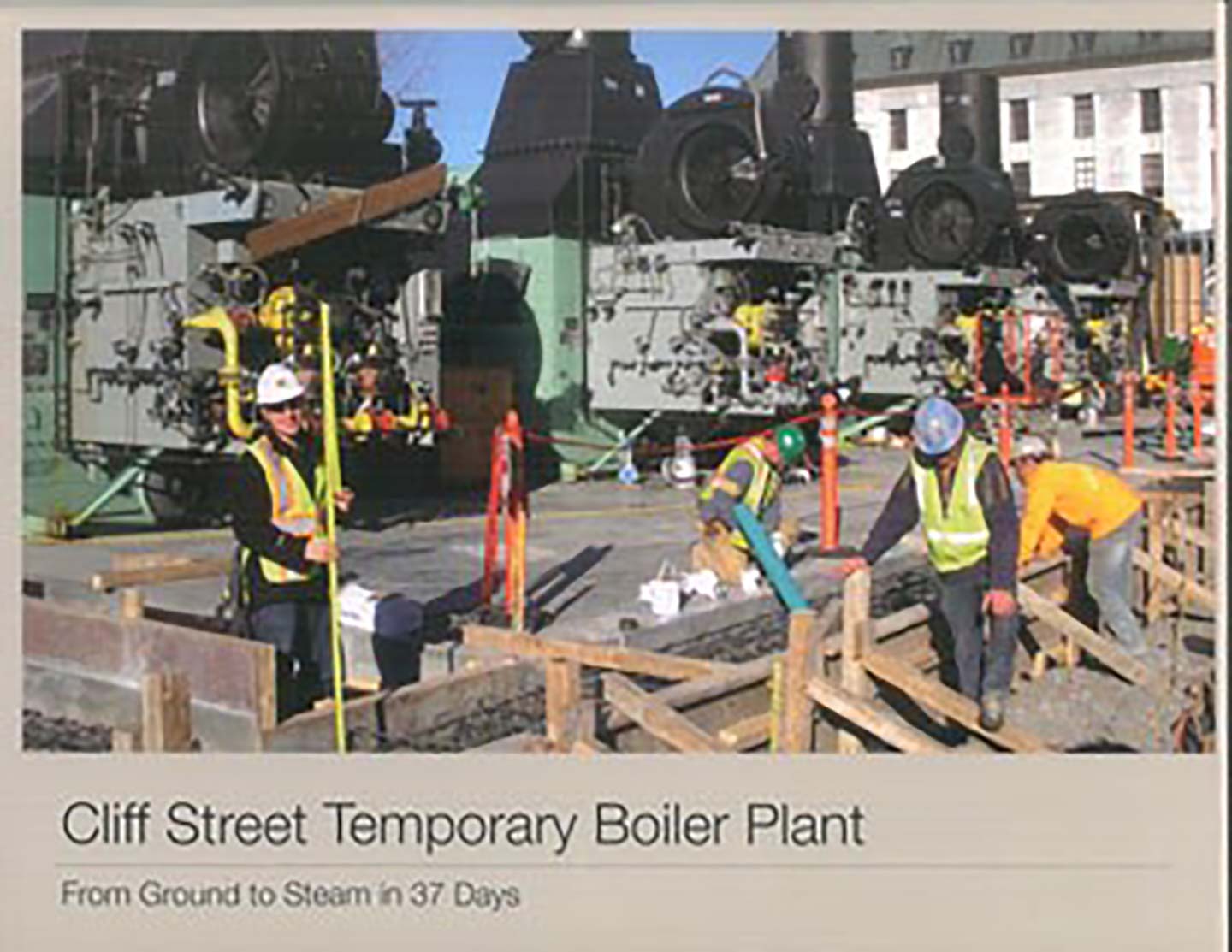 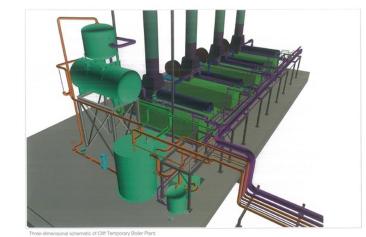 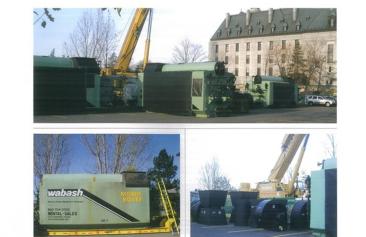 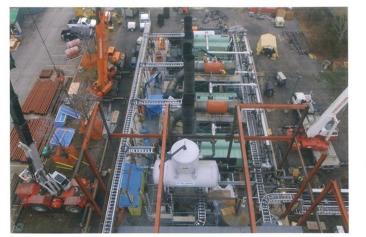 Want to know more about Wabash Power Equipment Company? For a confidential discussion about your next boiler rental or power gen project, contact us to schedule a meeting!